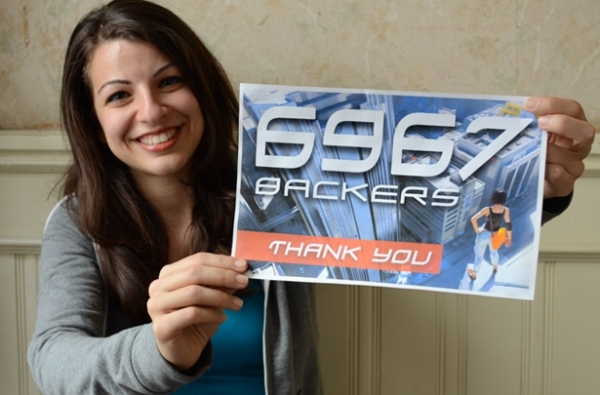 I'll start by saying that I do respect her right to express her opinions on the subject very highly. That I condemn and find immature, abhorrent, disgusting and, at times, horrifying the comments she's received. I shouldn't have to say this, but the fact that I find the reactions to her videos (by a very vocal minority) completely out of place, doesn't mean that I have to agree with what she says. I actually do find her research sloppy, lacking objectivity and biased. I'll explain why I do find it to be like that later, just wanted to mention it doesn't mean I do wish any form of ill happening on her. On the contrary, I hope she is well and I wish we could all maintain discussions on this subject as the grown ups we are, not as schoolyard bullies (or worse) as proven at times on Twitter. I believe those idiots that insult or threaten Anita are nothing but that, idiots, and they move the subject away from the real one: sexism in videogames. A subject that, in my opinion, deserves better treatment than the sloppy biased one provided by Anita in her videos.

There are many things where I strongly disagree with Anita, but I'd like to start with the moral aspects of it. I'll start noting I was raised in a catholic school with ties to the Opus Dei. To summarize, it's a group within the Catholic Church with very orthodox and strict views on religion. I'm an agnostic myself. Being rised in an environment like that made me specially concerned with people that try to impose a moral without any logical support. I find censorship and moral impositions abhorrent, and I don't mind whether they come from a religious group, or a feminist one. That may be one of the reasons I dislike Anita's discourse so much. I find it morally imposing but without any justification.


So, let's start with that. Anita hasn't called for censorship in her videos, but she's constantly describing scenes, plots or depictions as sexist or, in some cases, misoginist. Both are words that imply 'morally wrong'. I find that the use of tropes in media (be it videogames, films, books, etc) is not in itself sexist. Obviously portraying the hero as a misoginist bastard and imply that it's good would be sexist, but that's not what most games (or films or books) do. Quite the opposite. I believe we should distinguish between the really sexist attitudes and those that are simply non-inclusive. I believe that having always male (with the typical space marine stereotype) protagonist in games is non-inclusive to women, but it's certainly not sexist or exclusive. It's non-inclusive because most women find that not intersting (many of us men find that too) but it's not exclusive. I don't think that books, films, or other pieces of art that decide to have a male protagonist are exclusive, why would videogames be? Besides, in many cases for technical or budget reasons it's not possible to add female protagonists. Even if it's a conscious decision, that's a morally ok one.

Does that mean that having only male protagonists is something I'm happy with? Actually no, it's not. Something not being morally wrong, doesn't mean it can't be improved upon. The use of tropes, by definition, makes things less interesting. That's why I don't like tropes. Not because they may be sexist or not. Just because they are boring. I dislike the 'save the world' trope probably even more than the 'damsel in distress' one because I've seen it more often and feels even more ridiculous.

I believe we're in the infancy of videogames and that's the reason why so many of these tropes and stereotypes are so common. It reminds me a bit to Spanish films in the mid 70s and early 80s. There were these 2 actors (Pajares and Esteso) got famous doing comedy films with stereotypes and exploiting cliches all over the place (and adding boobs here and there for good measure). You could almost say it was the same film over and over again with the very same old worn stereotypes (mostly of Spanish society) and showing boobs. Some people didn't like the films because they found it 'indecent' due to the nudity in them (it was the post-Franco era), most people found them funny and simple. To me there's absolutely nothing wrong with those films, but they are very shallow. They'll never get an Oscar. They may be fun for a laugh or two, but they fall short as soon as you expect anything other than that. I believe we, as an industry, need to evolve and do things worth the Oscar. That doesn't mean I find it wrong (or sexist) that those other simple and simplistic games exist. I also believe that we're taking steps towards that goal, and I'm really happy about it.


Some people may argue that while you can't blame individuals for deciding to use male protagonist, you can 'blame' the industry for not having female characters almost never. Well, that's as I said, something I believe we need to improve, but you can't blame the industry for nothing because it's not an organized group of individuals and, as said before, being non-inclusive is not sexist. It would be like blaming the fashion magazines industry for being sexist for being formed mostly of women (not sure if that's the case but I would think so).

I do believe that this is bound to change though. It might have been ok to have Mr. GI Joe as the main character in your game while everyone else was doing it. Characters didn't matter at the time. The story was just something that happened in between you shooting people/monsters in the face. Nowadays that's not the case any more. Some of the best-selling games of the past generation had interesting stories and characters (ie, Uncharted series, The Last of Us, The Walking Dead, Mass Effect,...). It's not enough to have a tough guy that kills lots of people any longer for a very important portion of the market. You need to do better now. And I believe that's starting to show and changing our industry for the better.

In the next part I'll address some of the things Anita said. I'll try to quote literally and as much as I can and try to be as thorough as possible. Obviously she's said a lot of things (6 videos of 25-30 mins is a lot of time talking) and I don't disagree with many of the things she says (I even found one of the videos quite good actually), but there are some that trouble me particularly and I'll try to point them out.
Posted by Unknown at 5:31 PM